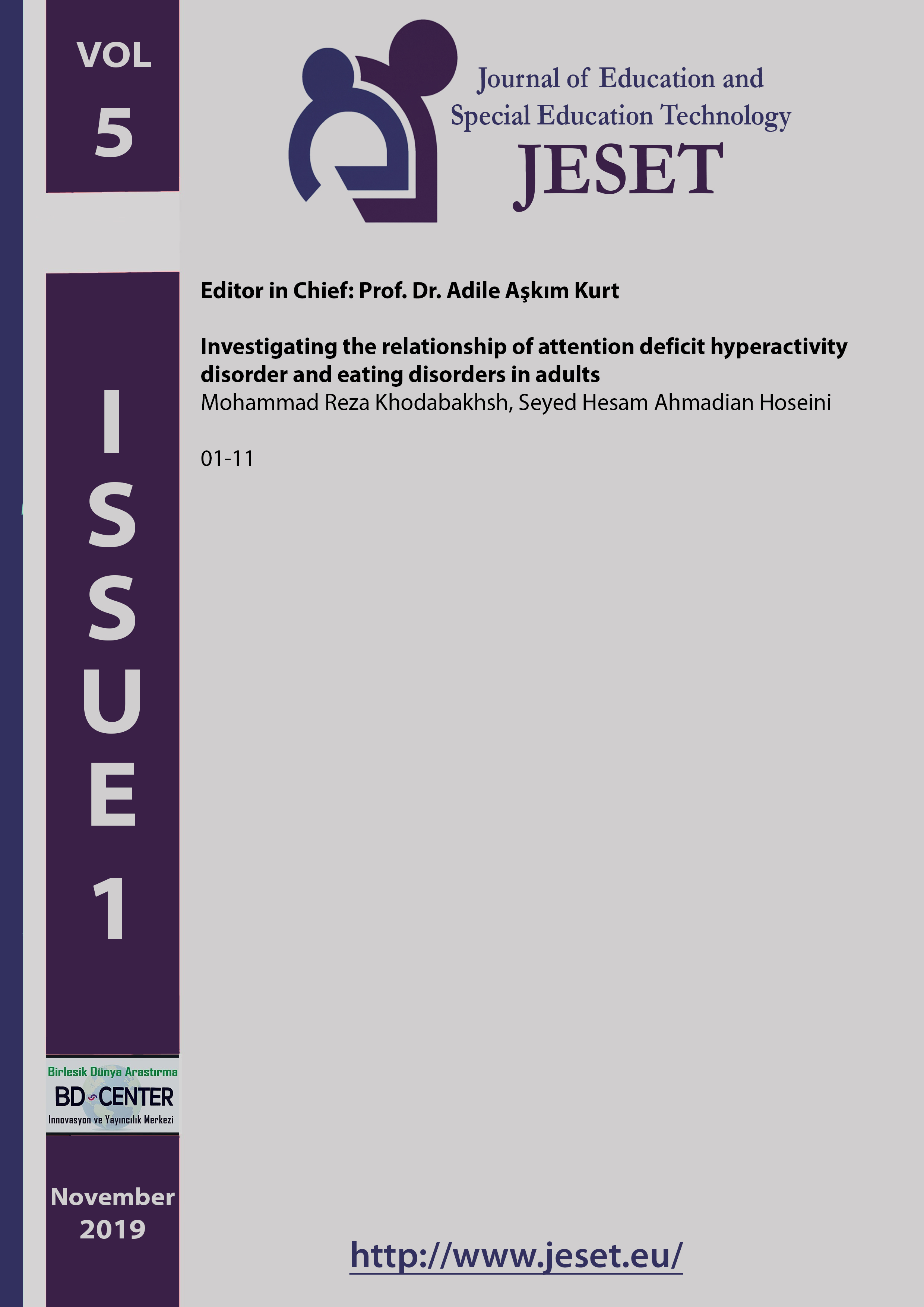 ADHD is a neurodevelopmental disorder which starts from childhood and early juvenility and can even continue until adolescence. It is noticeable with three factors: hyperactivity, attention inability, and Impulsivity. Researches have demonstrated that the main symptoms of ADHD is also present in patients diagnosed with eating disorders. The goal of the present study is to investigate the relationship of Attention deficit hyperactivity disorder and eating disorders in adults.The present study is a correlational study with a cross sectional descriptive method. The sample contains of 150 people chosen from adults using random sampling method. All of the participants answered the Eating attitudes scale (Garner and Garfinkel, 1982) and the Adult ADHD self-report scale (world health organization, 1994). The data were analyzed using Pearson correlation coefficient and Spearman correlation coefficient.Considering the result of current study it can be said that ADHD and Eating disorders are related to one another, because based on the evidence gathered, these two variables have similar neurobiological properties and clinical features, and thus ADHD has the ability of eating disorder occurrence anticipation.