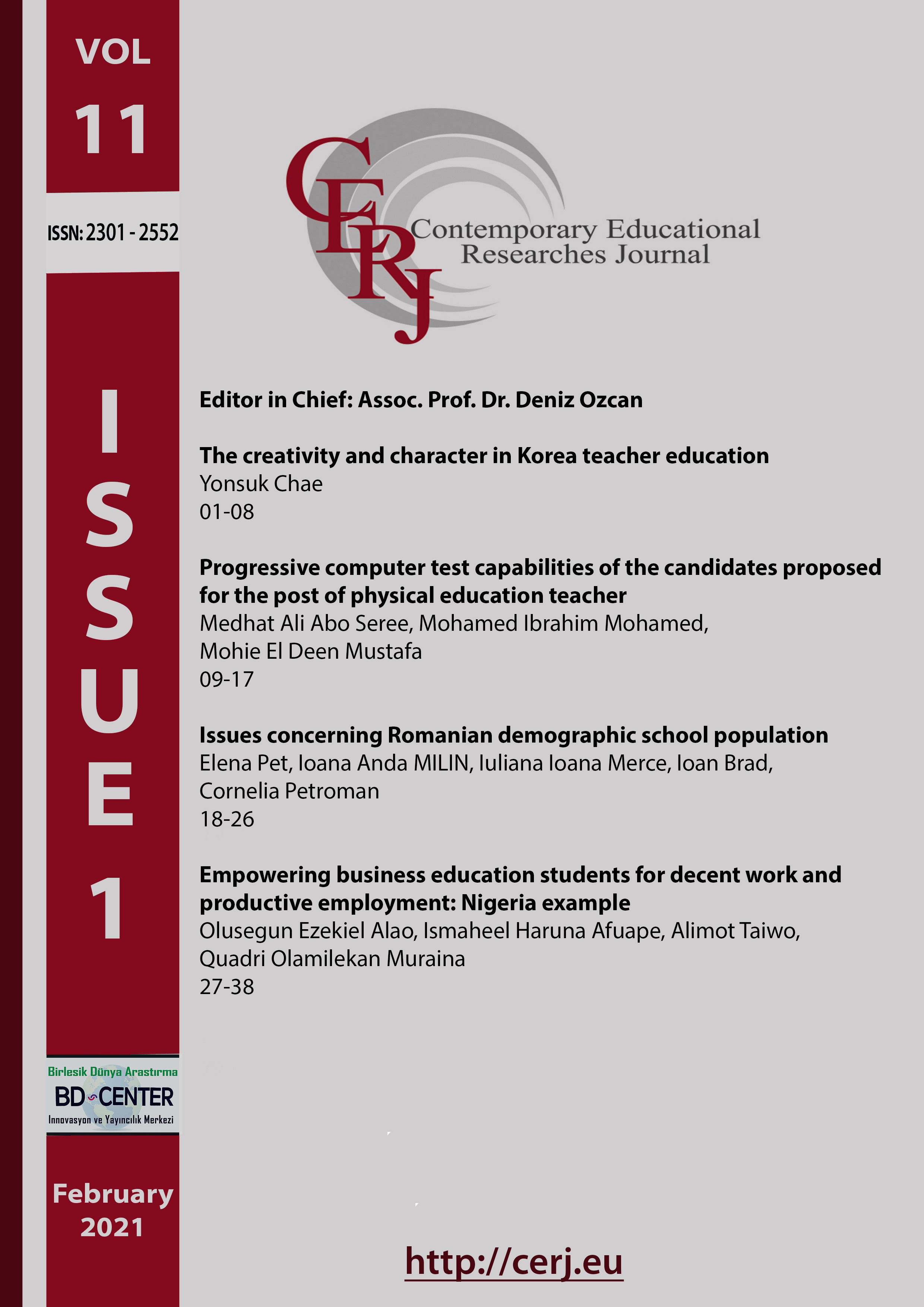 The evolution of demographic phenomena of the last two decades is characterised by the need to maintain low fertility, the slight increase in life expectancy at birth, high percentage of infant mortality and negative balance of external migration, all of which have led to the decrease in the population of our country Romania. Between the two censuses (2002 and 2011), Romania’s stable population decreased by 1.6 million. The population of students in all levels of the educational system has been reduced as a result. This paper analyses the main demographic issues facing Romania, its effect on the current school population and its long-term perspective. Using quantitative data that were derived from certified institutions and national documents, this study made a review of the literature of student population between the years 2002 and 2011 and a forecast for the following decades. One of the findings is that there is an increase in the ageing population. Recommendations are made at the end of the study.