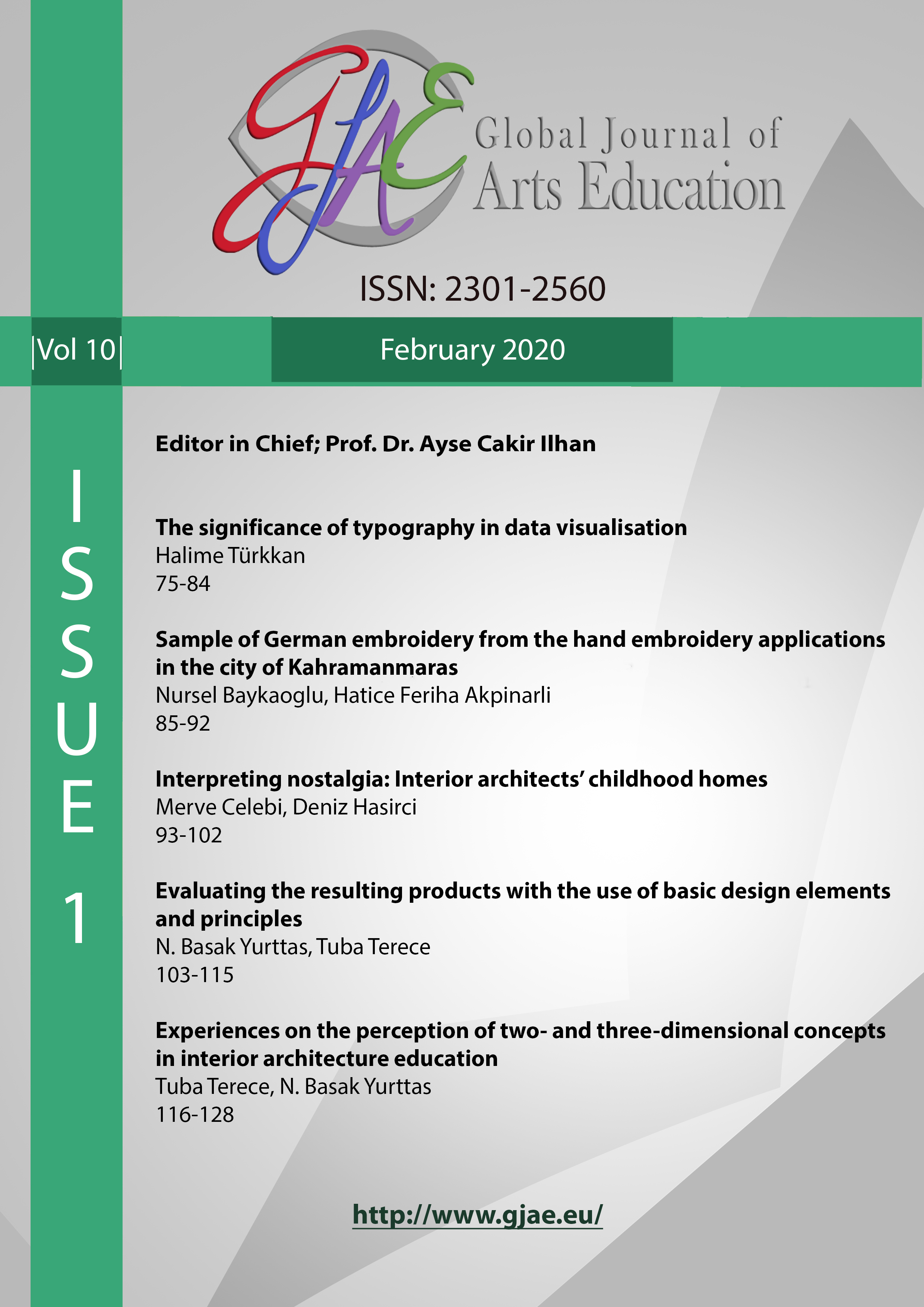 
Forming one of the most important branches of our culture and traditional arts, embroidery was born by sewing in a decorative way and it is worth mentioning that it is as early as humanity. Embroidered clothing on the sculptures excavated and the narration that the daughter of Noah in Hebrew history wears an embroidered belt shows that this branch of art goes back to earlier times. Hand embroidery, which is the products of intelligence, skill and subtle wit, has reached the current time by preserving its value. Out of a great many embroidery techniques reaching large public masses, a technique called ‘German Embroidery’ was encountered in the researches carried out in the city of Kahramanmaras and its towns in the years 2013–2014. According to the information obtained from the source people in the research carried out in the city of Kahramanmaras, German Embroidery dating back to earlier times is not produced today; however, we are likely to find pillows, clothes and dresses embroidered with German Embroidery in houses. In the current paper, embroidery samples were determined in order to unveil this technique that was embroidered on any kind of cloth with a plain surface and it was aimed to make the embroidery alive and to promote it by analysing the way of embroidering.